ATO'N - Genetic badge / News / Категория - News / In the Netherlands, opened the first bridge in the world, printed on a 3D printer

In the Netherlands, opened the first bridge in the world, printed on a 3D printer 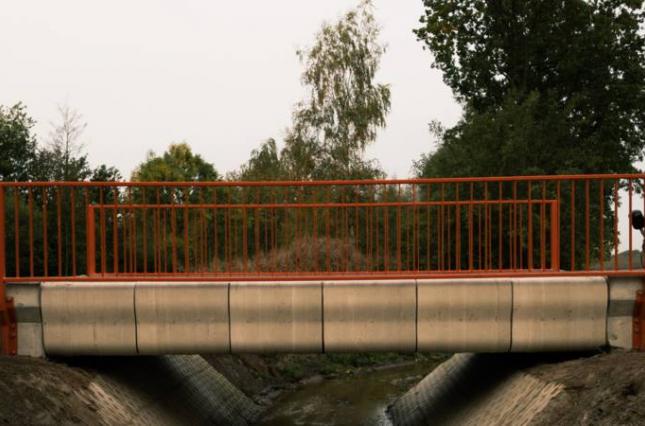 In the Dutch city of Gemert opened the first bridge in the world printed on a 3D printer. It is designed for use by cyclists, reports “European true” with reference to NOS .

Work on the print of the bridge, which has about 800 layers, lasted about three months. It is made of reinforced pre-compressed concrete.

“One of the advantages of printing bridge is something that requires much less concrete than in conventional technology, which fills the mold”, – said the representative of the technological University of Eindhoven.

Bridge with a length of 8 meters connects the two road over a small stream.

The authors of the project have tested it with a load of two tons, although the claim that it will withstand the weight of 40 trucks.

The Netherlands, together with the United States and China play a leading role in the introduction of 3D printing technology. Next year one of the Dutch companies is planning to open printed from a steel bridge over one of Amsterdam’s canals.